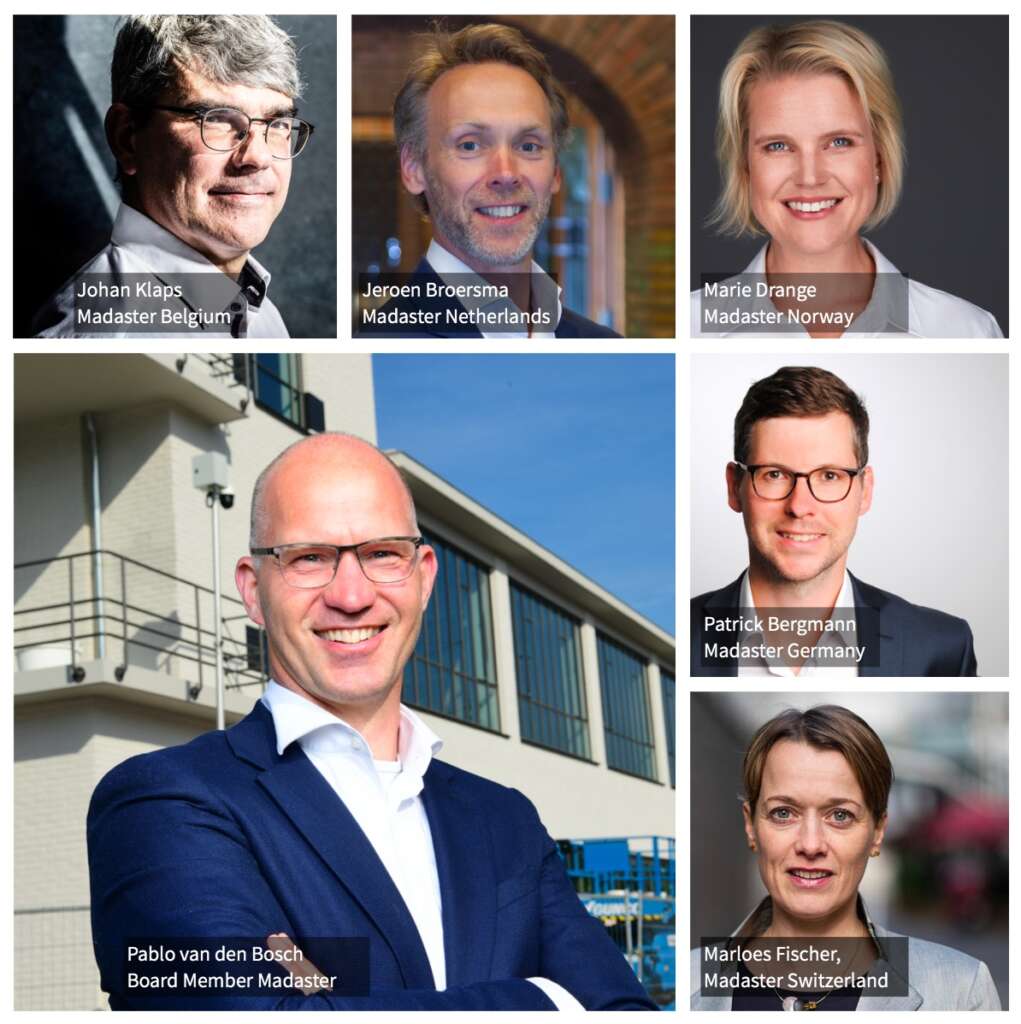 Imagine if somewhere there would be a record of which materials and products were used in the construction of, for example, houses, offices and bridges? And that, when the time came to renovate or demolish these structures, all these materials and products again would become available for reuse — either in situ or elsewhere in the world — with perhaps a different function. Windows from a hospital becoming the outer wall of a warehouse, or wood taken from a cycle-racing track being used in meeting rooms. Through reuse and smart design, registered materials and products would then no longer have to end up on an ever-growing mountain of waste. Five years ago, this was all still a wild idea. Until the day that architect Thomas M. Rau and management consultant Pablo van den Bosch struck up a conversation. It was the initial impetus for the creation of Madaster, the online registry of materials.

Madaster has since grown into an online platform with over 16 million m2 in registered gross floor area. It is currently operational in five European countries and was recently also launched in Austria. Pretty exciting, because each country has different rules and regulations. And they require different approaches to convince all stakeholders that the only right answer to resource scarcity is that of digitisation within the construction and real estate sector. This process is not easy, as indicated in this conversation with Pablo van den Bosch (Board Member Madaster) and all Madaster’s Managing Directors.

From idea to realisation

The idea of a registry of materials was welcomed internationally. About the launch of Madaster in the Netherlands, about five years ago, Van den Bosch said: ‘In those days, the concept of Madaster was really different, innovative, far-reaching and yet also completely logical and surprisingly simple. So there was no lack of attention.’

Right from the start, the construction and real estate sectors reacted enthusiastically to the idea, and this is still the case today. Marie Drange (Managing Director Madaster Norway) confirms: ‘To date, I have not met a single customer with a negative attitude towards the idea of a material registry.’ Nevertheless, people are not immediately queuing up to start implementing it.’ Understandable, according to Van den Bosch: ‘Because, in all honesty, would you change course completely for something new, even if it does seem to make perfect sense?’

‘I soon saw that registration of materials and products makes perfect sense. But I did not realise until later that this called for a transition in the building and construction sector. And for me, this awareness is an inspiration for the further expansion of Madaster.’ — Pablo van den Bosch, Board Member Madaster

To achieve a foothold, Madaster looked for front runners. People who dare to innovate, without being held back by schedules, timelines or business cases. Van den Bosch: ‘Before launching the Madaster concept in a new country, the Managing Directors look for the Kennedys of our time — people who, like Kennedy in his famous moon speech, want to “go to the moon”, although, at the time, he had no idea of how or when, and at what cost. But we all know the result.’

A Kennedy network of 33 front runners forms the backbone of Madaster’s online library of materials. Together, they enable the introduction of Madaster in a new country. Both the Netherlands and Germany took less than a year to achieve such a strong Kennedy network. A rather extraordinary feat, according to Patrick Bergmann (Managing Director Madaster Germany): ‘I did not expect that, after only 11 months, we would already have 33 Kennedys. We are feeling the energy within our network. That is amazing and not common for such a traditional sector like the German construction industry.’

This is not the case in all countries, however. For although the circular economy was already a well-known concept in the Netherlands and Germany at the time of the launch, the situation was different in Switzerland. Marloes Fischer (Managing Director Madaster Switzerland) recalls: ‘In Switzerland, at the time, the circular economy was not at all a well-known concept, and initially it was seen as a bit of a hype that could possibly blow over.’

Although the construction and real estate sectors now seem convinced of the crucial role of digitisation, according to Johan Klaps (Managing Director Madaster Belgium) a relatively large amount of construction in Belgium still takes place without using BIM (building information modelling). Sometimes, digitisation is also lacking in Germany, according to Bergmann: ‘Both private companies and government authorities often work and act in rather analogue processes. Before large amounts of data on buildings can be uploaded, manual processes need to be replaced with smart data management.’

Even in Norway, a country that leads the way when it comes to using BIM in the construction sector and where there is a generally high level of digitisation, the lack of data on real estate objects is a concern. According to Drange, the partnership with EPEA (the German Environmental Protection Encouragement Agency) offers a solution: ‘The EPEA materials and products database currently includes 187 materials and products, making it the most comprehensive data set available. The scope of the data set is constantly growing and can be expanded upon request by users of the Madaster platform. This means that architectural firms no longer have to store all the information and parameters in their models but are able to calculate the evaluations without much additional effort thanks to the smart link with the EPEA database.’

The fact that rules and regulations may accelerate the digitisation process in the sector is something that Jeroen Broersma (Managing Director Madaster Netherlands) has seen happen in the Dutch construction sector, in recent years. Broersma: ‘In the Netherlands, we are making great strides in the field of digitisation, prompted by regulations that require digital reporting on whether building projects are going to meet a certain standard. In addition, subsidies such as the Dutch environmental investment rebate (MIA) also offer encouragement. From an innovation perspective, it also creates value for the sector, via more efficient use of materials. It leads to less waste, insights into environmental aspects and enables demonstrating whether one meets assessment criteria, for example the ESG (Environmental, Social and Governance) criteria and EU Taxonomy.’ Van den Bosch adds that international or European streamlining of rules makes it a easier for many parties — and certainly for those working internationally — to make changes and apply circularity: ‘We are currently experience a lot of tailwind in Europe. The European Commission's Green Deal is energetic and there is great awareness amongst European companies, consumers and governments that we need to change the way we handle natural resources, materials and products.’

Furthermore, according to Fischer, initiatives from within the sector are also needed to accelerate the registration of buildings in Madaster: ‘This would increase the perception amongst politicians that it is relevant and that they, too, should commit to it. Moreover, initiatives by the industry itself are important to enable a joint consideration of the problem and to come up with solutions together.’

According to Van den Bosch, Madaster's ambition level is high, but it will not be necessary for Madaster to create such a standard itself: ‘We do, however, support all existing standards as much as possible, such as by paying close attention to what researchers, policymakers, certifiers, standardisation institutions and agencies are working on. And as soon as any new standard or norm has been established, we will incorporate it into our platform. There are many of them, often several per country, which means we are becoming rather experienced at doing so. And should any of those parties be interested in benefiting from our experiences, then of course we are always more than happy to share them. And, maybe, in that way, we will be part of setting such a global standard after all.’

Benefitted from in the world around us 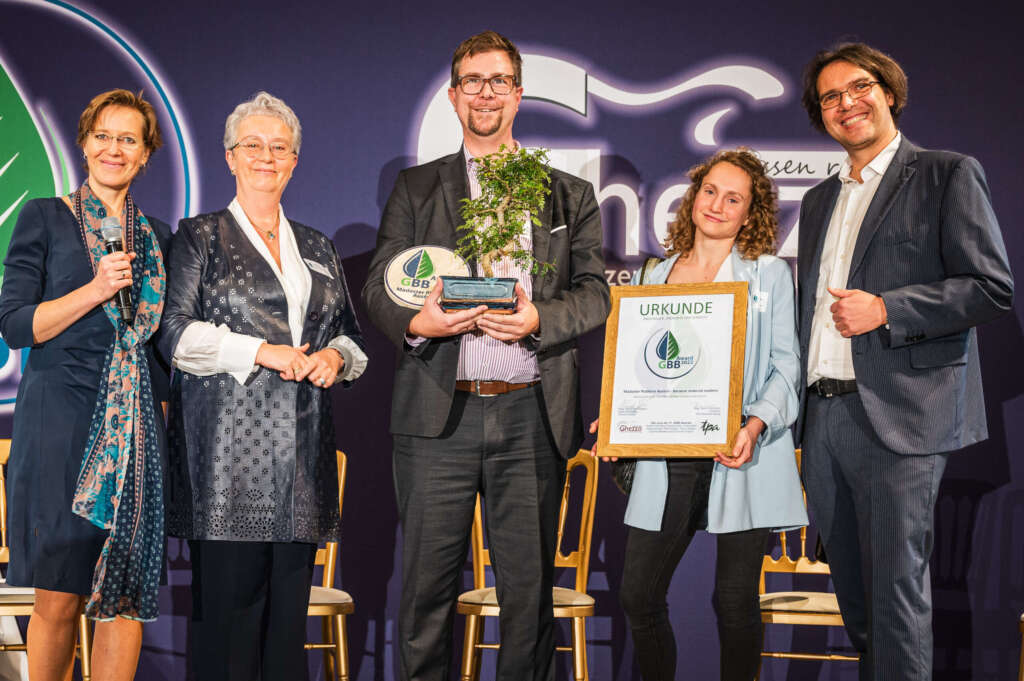 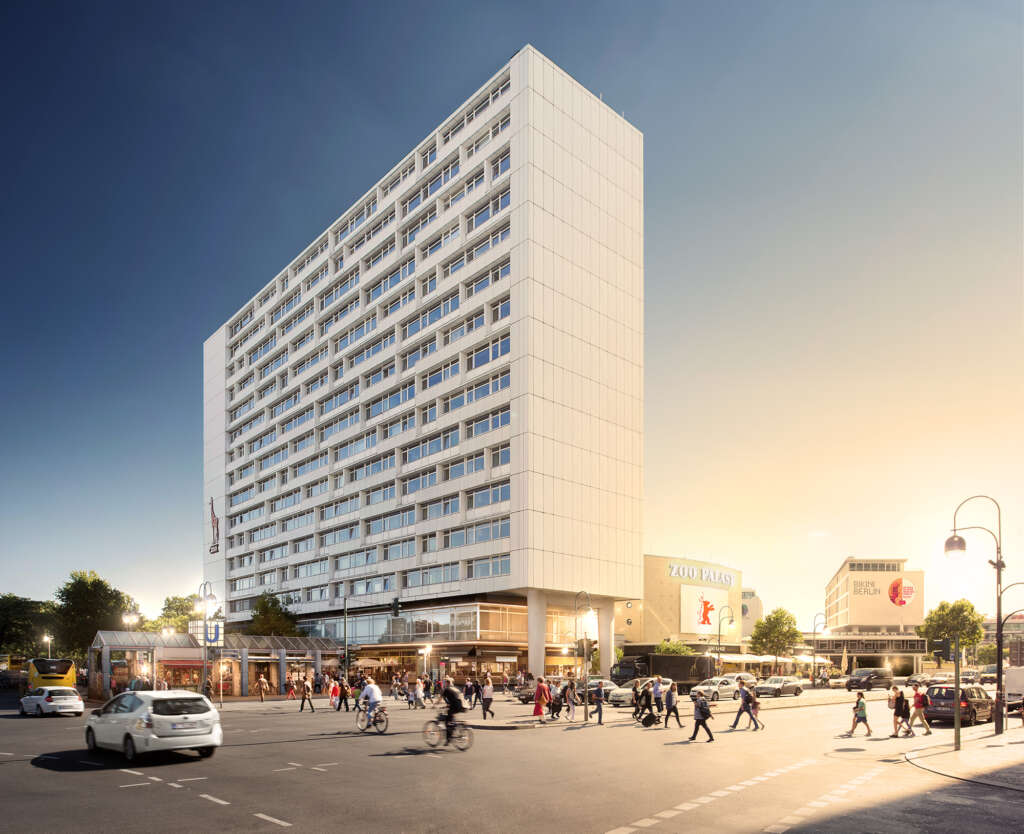 A leading renovation project in Berlin 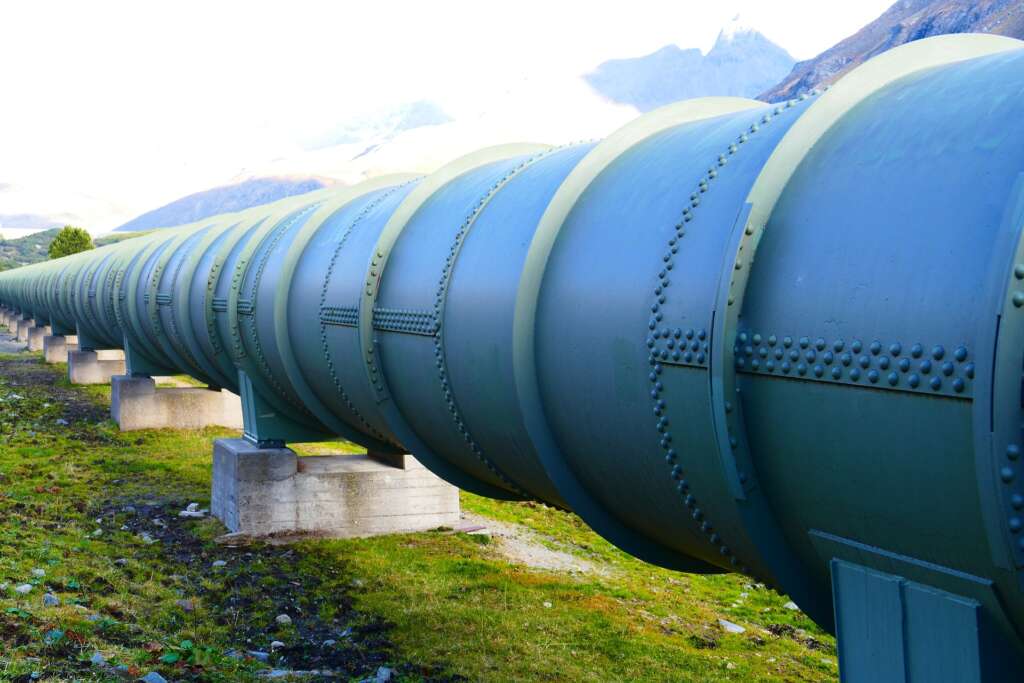 Where are you located?